What does this mean? What is Google’s Material Design About?

Team Google took on a challenge to create a visual language for their users that synthesizes the classic principles of good design with the innovation and possibility of technology and science. They call this material design. With the last release of Android Lollipop, Google’s Material Design language has begun in the market. Let’s see what Nathan Sinsabaugh said about Google’s Material Design at wired.com.

With the November release of Android Lollipop, Google’s Material Design language has begun making its first appearances in the wild. Designers and technologists everywhere are aflutter with praise for the new design language, which aspires to unite Google’s expansive product line under a rich set of design styles and principles.

The visual details are delightful, and the paradigmatic underpinnings — that interfaces are three-dimensional constructions, composed of layers of “physical” components — are refreshingly novel. But I’ll spare you more “oohs” and “aahs” over the language’s use of bright colors, large images, and depth. If we take anything from Material Design it isn’t how to use color, how your ease timing should be set, or what the resting elevation of an object should be. It’s not the details themselves we take away, it’s how the details combine to create purposeful brand experience.

What does this mean? Oh! Of course, WIKIPEDIA!

Material Design is a design language developed by Google and announced at the Google I/O conference on June 25, 2014. Expanding upon the “card” motifs first seen in Google Now, it is a design with increased use of grid-based layouts, responsive animations and transitions, padding, and depth effects such as lighting and shadows. Designer Matías Duarte explained that “unlike real paper, our digital material can expand and reform intelligently. Material has physical surfaces and edges. Seams and shadows provide meaning about what you can touch.” Google states that their new design language is based on paper and ink.

Material design is used in Android version 2.1 and up via the v7 appcompat library, that is, on virtually all devices that were made after 2009. Material design will gradually be extended throughout Google’s array of web and mobile products, providing a consistent experience across all platforms and applications. Google has also released application programming interfaces (APIs) for third-party developers to incorporate the design language into their applications.

As of now, material design is incorporated in most of Google’s mobile apps for Android including Gmail, YouTube, Google Drive, Google Docs, Google Sheets, Google Slides, Google Maps, Inbox, and all of the Google Play-branded apps, and to a smaller extent in the Chrome browser and Google Keep; as well as in the desktop web interfaces of Google Drive, Docs, Sheets and Slides.

What does this mean? Really!

It is a design language which is created by Google Design Team. It seems they would like to standardize their application designs with a static rules as a language. And believe me there is already popular applications that designed or re-designed with Google’s Material Design language:

Simplenote Application for Android. It's available for free from the Play Store now.
[thb_dividers style=”style7″]

What does this mean? For the web tailor!

This means that Google wants to control our experiences when we’re using our smart devices. This will help their infrastructure to collect data with minimum effort. This is why Google needs a language for application designing. You know that we believe that the Internet is a place for freedom and we think that any type of standardizing attempts will turn the Internet a barren place. 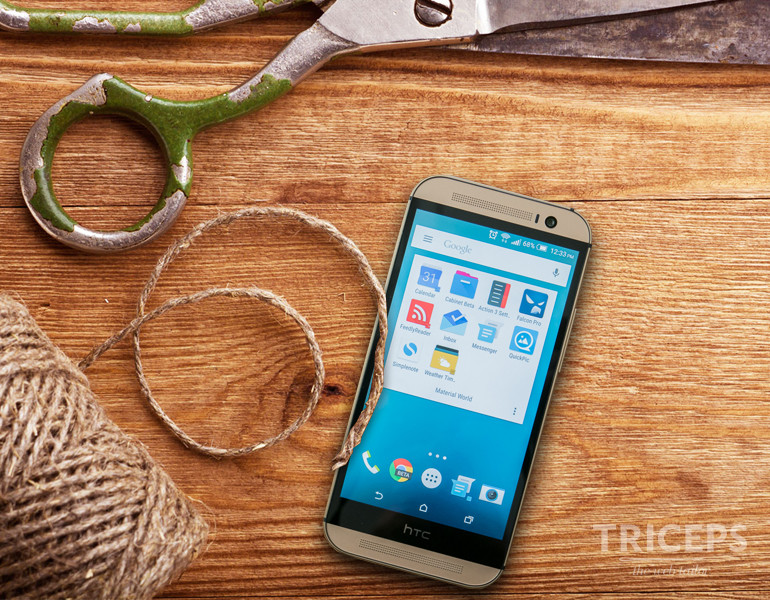 In the meantime Google can standardize in any way they’d want to and nobody can do anything about it. Because if you have the majority of the Internet Council (!) on your hands, you would eventually feel the need to classify and standardize which is a huge responsibility! And this makes us feel grateful for being just a Web Design Studio!

This site uses Akismet to reduce spam. Learn how your comment data is processed.